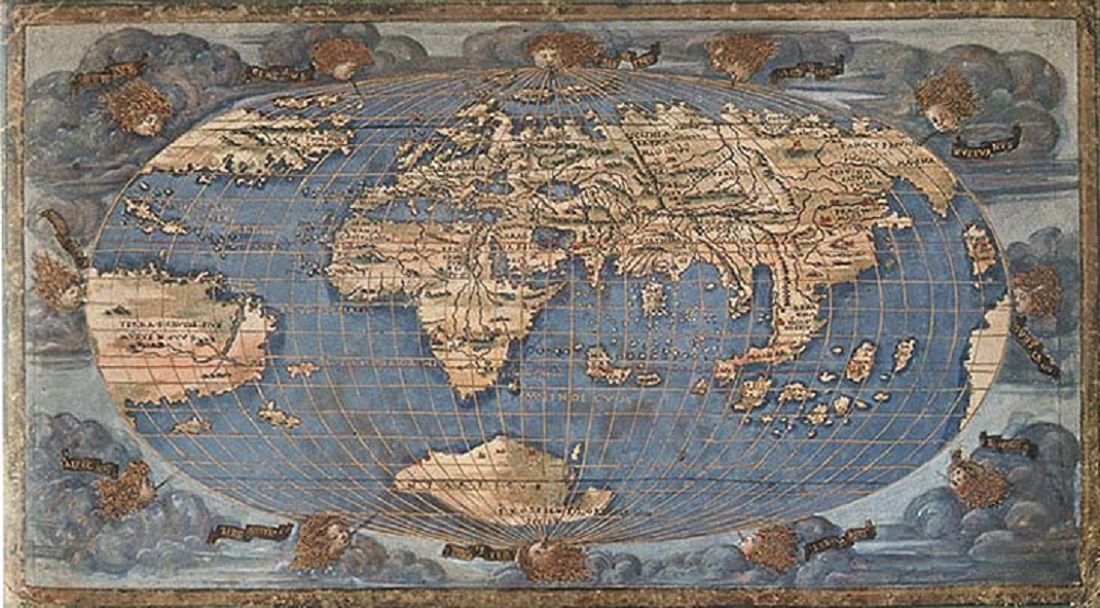 What if history as we know it is wrong?

Among numerous findings throughout the years, researchers have stumbled upon certain discoveries that, some say, should have never been made. Some of these discoveries directly contradict the beliefs and ‘tales’ set forth by mainstream scholars about mankind, its origins, and ancient civilizations that inhabited our planet in the distant past.

It has become a widespread belief that ancient civilizations across the globe were much more advanced than what mainstream researchers are crediting them for. When I say advanced, I don’t necessarily have to turn to aliens and alien visitations. By now, we surely have understood that our ancestors were more than capable of achieving incredible things.

Numerous maps discovered throughout the years are a clear indicator that the story told today by scholars is incomplete, and there are numerous missing links in our history.

Some would say that these ‘missing links’ are being put together by these ancient maps, some of which may even prove how mankind populated our planet much longer than what mainstream scholars believe.

The existence of these maps hints that in the distant past, ancient explorers had an extremely well-developed cartography system comparable in precision with the one we have today.

The maps are also evidence that ancient mankind knew the exact shape and size of the Earth, contrary to popular beliefs, and used spherical trigonometry, and precise and elaborate mathematical calculations, as if thousands of years ago, an unknown civilization undertook a global-scale project of mapping the entire planet like no one has ever done before. 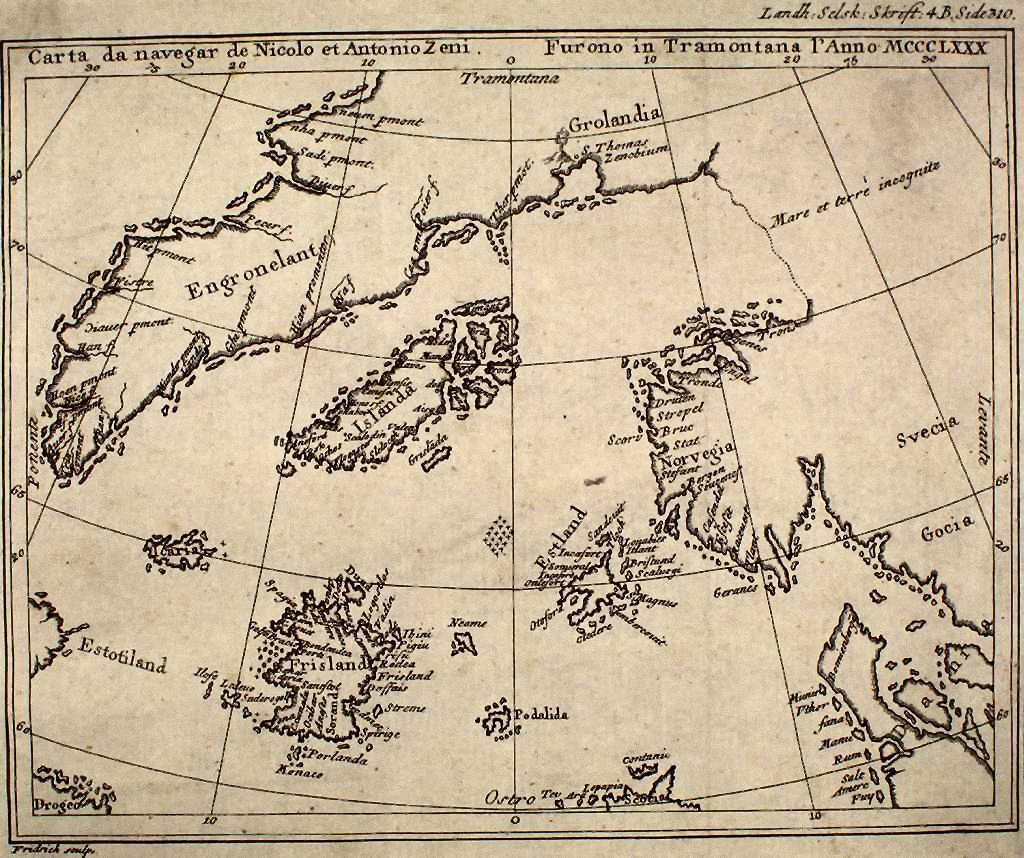 A reproduction of the Zeno map from a 1793 book. Source: Wikimedia Commons.

One of the most intriguing maps is the Zeno Map. Published around 1380, the enigmatic maps accurately depicts the coasts of modern-day countries such as Norway, Sweden, Denmark, Germany, and Scotland. Mysteriously, this ancient map also depicts the EXACT latitude and longitude of a number of islands on our planet. This is a huge enigma since the device necessary to measure the longitude, the chronometer, was not invented until 1765. If this isn’t mysterious enough, the Zeno map also depicts Greenland free of glaciers, meaning that somehow, someone charted it prior to the Ice Age.

The Camerio map. Created in 1502, this map does not depict unusual features as other maps do, but it has one very strange detail. The Camerio map uses a spherical grid, even though people in the middle ages still believed our planet was, in fact, flat. 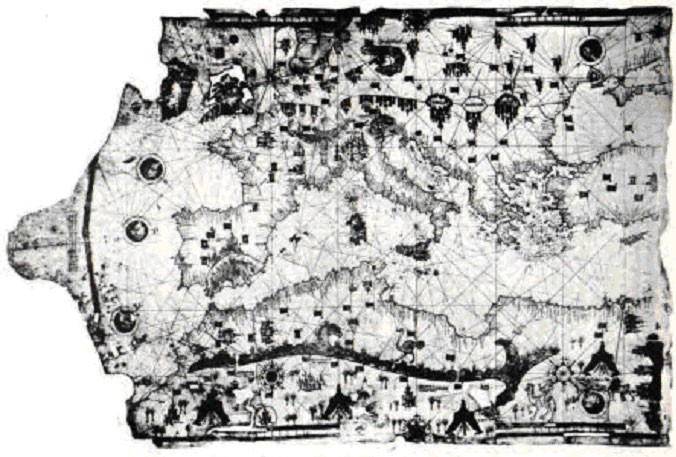 Another mind-boggling map is without a doubt the Iehudi Ibn ben Zara map. Created in 1487, the map displays remnants of glaciers in Britain, but also extremely detailed depictions of islands in the Mediterranean and Aegean seas. Today, these islands still exist, but due to rising water levels, these are now underwater.

The Hadji Ahmed map, published in 1559, shows incredibly accurate delineations of the western coast of Northern America and Antarctica. What is even more incredible is the fact that this ancient map shows a land bridge connection Siberia and Alaska, indicating it originated from a time when the bridge was still present.

Published in 1737 by Philippe Buache, the Buache map is believed to have been created with the use of much more ancient maps. This chart displays Antarctica well before the ‘icy’ continent was, in fact, discovered. Interestingly, like many other ancient maps, this too accurately depicts Antarctica with no ice. The Bouche Map also accurately positioned Canary Island.

The map published in 1737 also displays the correct outline of the underwater plateau on which the islands are located. This means that the source of the map used to create it is based on a survey of the shape before glaciers melted and ocean levels rose. Even more interesting is the fact that the Buache Map depicts the waterway, which divides the continent of Antarctica into two landmasses.

Created in 1502, the Harry King Chart displays northern Siberian rivers emptying into the Arctic ocean, which is now under the ice.

Interestingly, it also depicts glacial remains in the Baltic countries and accurately depicts the ancient Suez Canal. This incredible map also depicts what today are huge islands in Southeastern parts of Asia, but joined together by land, indicating that geologically speaking, the maps were created when the Earth looked much differently.

The Map of the North by Ptolemy depicts glacial sheets moving across south-central Greenland. It also depicts glaciers retreating from modern-day Germany (north) and parts of southern Sweden. Another map indicating a different timeline on Earth.

Another interesting map is the King Jaime World Chart. It was created in 1502, and accurately depicts parts of the Sahara Desert displaying it much differently than it is today: with fertile land, huge lakes rivers and what appear to be ancient cities. In fact, Sahara was, in the distant past, a fertile land filled with animal life and forests.

The Oronce Finé World Map created in 1534, is an early cordiform chart which displays features of Antarctica when the continent was not covered by Ice. While it is yet another map that shows the continent before it was officially ‘found,’ the chart also shows continent rivers, valleys, and coastlines while also depicting the approximate location of what is the South Pole today.